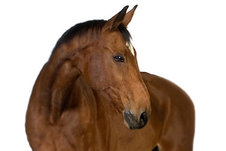 Lay Terminology
The therapy laser radically increases circulation, which reduces pain and inflammation by stimulating an endorphin release and radically excites the energy carrier in the cell (the ATP) to heal the cells in ⅓ to ½ the normal healing time.

Laser treatments are cumulative and one builds upon another. Generally, one treats a horse with a series of treatments for the best effect. A therapy laser treats any inflammation, pain or acute trauma and any chronic conditions which cause pain, stiffness, or scar tissue and resulting loss of mobility or even lameness. You may see radical improvement after one treatment but generally several treatments are required to gain the maximum effects especially for chronic conditions.

The photons of laser light penetrate through  skin and are absorbed by special components in animal cells called chromophores. Just as photosynthesis creates energy for plants, the absorption of the photons by these cells causes increased production of cellular energy. In areas of injury or damage, this means there is more energy available to improve the rate and quality of healing. This process is called photobiostimulation.

The skin absorbs photons via a photo-chemical effect. Once photons reach the cells of the body, they promote a cascade of cellular activities. It can ignite the production of enzymes, stimulate mitochondria, increase vasodilation and lymphatic drainage, synthesize ATP, and elevate collagen formation substances to prevent the formation of scar tissues.

Who typically uses the laser in a clinical setting?
Primarily used by veterinarians, chiropractors, MDs, sports teams, physical therapists, horse trainers and horse owners and an emerging population of Orthopedics. Its use among professional athletes and jockeys has garnered worldwide attention including storied franchises such as the New York Yankees and the Boston Celtics.

Currently, there are approximately 30 to 35 MLB, NBA, and NFL teams effectively using Class IV lasers. Professional horse jockeys and many racing thoroughbreds, jumpers, cutters, dressage horses and the like have all benefited from the laser to remove scar tissue and boost performance.

This service is extremely cost-effective and best utilized when in the hands of a trained technician. 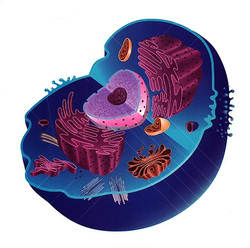 What is Class IV laser therapy?
Class IV laser therapy is the use of an intense beam of laser light directed into tissues to reduce pain, reduce inflammation and accelerate healing. Laser therapy is the result of electromagnetic energy interacting chemically and biologically with tissue causing “photobiostimulation” or “photobiomodulation.” The involvement of electromagnetic energy in biological processes is not a novel concept – it fills our environment as photosynthesis occurs in plants and literally surrounds us as Vitamin D is formed in our skin cells.

The idea of light producing healthful tissue effects is as old as science itself, noted, but not understood, by early Greek physicians. Medical use of light in the modern era predates the development of lasers, which have transformed light therapy. Lasers allow light therapy to be targeted, specific and quick. Lasers produce a single wavelength (monochromatic) beam of light, collimated as it is generated. Laser light has the property of being coherent, or in phase, which in simple terms means it is uniform and very orderly light. Class IV laser therapy uses a simple beam of light - monochromatic, coherent, collimated light – to penetrate deeply into tissues and produce positive tissue changes.

What does the term “Class IV” mean?
Lasers are classified as Class I, II, IIIa, IIIb and IV based on their ability to do harm if used improperly. Class I and II lasers are very low power devices used in CD players, laser printers, grocery store scanners and bar code readers. Class III lasers are higher in power, but do not exceed 500 milliwatts (0.5 watt). Laser pointers are Class III, as are some medical devices. Some therapy lasers are Class IIIb.

Under 500mw in power, they are referred to as “low power”, “LLLT” (Low Power Laser Therapy) devices. They are applicable for treatment of superficial lesions and wounds only. Class IV lasers – those over 500mw in power – are used in medicine and surgery, as well as in military and industrial applications.

Most Class IV therapy lasers have moved well beyond the low power of Class III therapy lasers. The better quality and more effective Class IV devices now have power capabilities of 6 to 25 watts with wavelengths in the far end of the laser spectrum.

After the FDA approved Class IV therapy lasers in 2005, the science of laser therapy really began emerging in this country. Acceptance has been rapid on the human side in rehabilitation, wound care and sports medicine programs. In the veterinary profession Class IV laser therapy has rapidly developed, with practitioners leading the way in beta testing, protocol development, case reporting and dissemination of information about the technology.

What does Class IV laser therapy accomplish?
Laser therapy reduces pain, inflammation and accelerates healing, and the RLT has potential to remove scar tissue.
How does it reduce pain?
Through its effect on nerve cells and nociceptors, increased stimulation thresholds, reduced neuronal impulses, and increased release of tissue endorphins, pain perception is decreased. The key is production of ATP (adenosine triphosphate).

How does it reduce inflammation?
Inflammation is reduced by decreasing release of prostaglandins and inflammatory mediators, by increasing macrophage activity and leukocytic phagocytosis, and, by reducing edema through dilation of lymphatics. 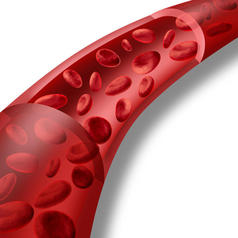 How do photons produce such dramatic biological changes?
The list of documented mechanisms and effects in laser treated tissue is extensive. Electrical, temperature and pressure gradients are created as coherent laser light is absorbed by the mixed density of tissue. Chromophores - photon absorbing chemicals and structures in tissue, cells, and sub-cellular organelles - absorb the electromagnetic energy. Electron chain transport mechanisms in mitochondria, cell membranes and epithelial tissues are stimulated. ATP production increases, and DNA and RNA synthesis is increased. Enzymes (such as the cytochrome oxidases) are directly stimulated. With further research, a more complete understanding of this exciting technology will emerge.

Chronic conditions involving pain, inflammation and healing may also be helped, although treatment has to extend over a longer time, and frequently will be followed by on-going treatment to maintain effect. Osteoarthritis, elbow hygromas, lick granulomas and neuropathies are examples.

How do I treat patients with Class IV laser therapy?
Treatments are delivered by the clinician or technician, using the laser handpiece in either a scanning or a contact mode. Protocols for treatment are presented in menu format in the laser device. Treatments can be administered during an outpatient visit and normally take 3-10 minutes for each affected area.

Are there contraindications and safety concerns with Class IV laser therapy?
As with any laser device, eye protection is critical when using a therapy laser. All persons in the treatment area should wear appropriate safety glasses and pay strict attention to avoiding direct exposure of the patient’s eyes. Darkly pigmented hair and skin more readily absorb diode laser light. To avoid overheating pigmented tissue scanning treatment technique is used.