History of Lasers in Medicine 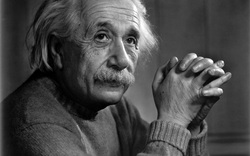 The ancient Greeks, Romans, and Egyptians used light therapy and applied heat to tender points in the human body to relieve symptoms of many syndromes. In 1903, Nils Finsen, a Danish medical doctor, was given the Nobel Prize for successfully treating tuberculosis, rickets, and lupus vulgaris with ultraviolet light. This was the first recognized application of artificial light to cure diseases.

Later, in 1916, Albert Einstein proposed the basic idea underlying laser operation. The invention of the laser can be dated to 1958 with the publication of the scientific paper, Infrared and Optical Masers, by Arthur Schawlow and Charles Townes, who worked at Bell Labs. However, it was not until 1960 that Ted Maiman made the first red ruby laser.
In 1923, a Russian researcher, Alexander Gurwitsch first detected that cells emit infrared light as a means of intracellular communication. He observed that this light could be transmitted from a test tube to another adjacent one without any physical contact between them. He termed this infrared emission “mitogenetic radiation.”

In 1967, Dr Endre Mester, a professor of surgery in Hungary, performed a revolutionary series of experiments that first documented the healing effects of lasers. In his earliest study he discovered that tissue growth was accelerated by laser light therapy. His later experiments not only improved healing with light therapy, but also demonstrated that the healing was systemic and not a local phenomenon. His work stimulated many other researchers in Europe and Eastern Europe to appreciate the value of laser therapy… long before it was appreciated in other parts of the world. By the 1970’s, laser therapy was beginning to attract attention in Eastern Europe, China, and the Soviet Union; thus, much of the early research emanates from these regions. Over the following 10 years, laser therapy spread to Western Europe and quickly became popular as a physical therapy modality. However, many of the lasers used during this period produced only 5 to 50 mW of power and lacked the effectiveness of modern, more powerful lasers.